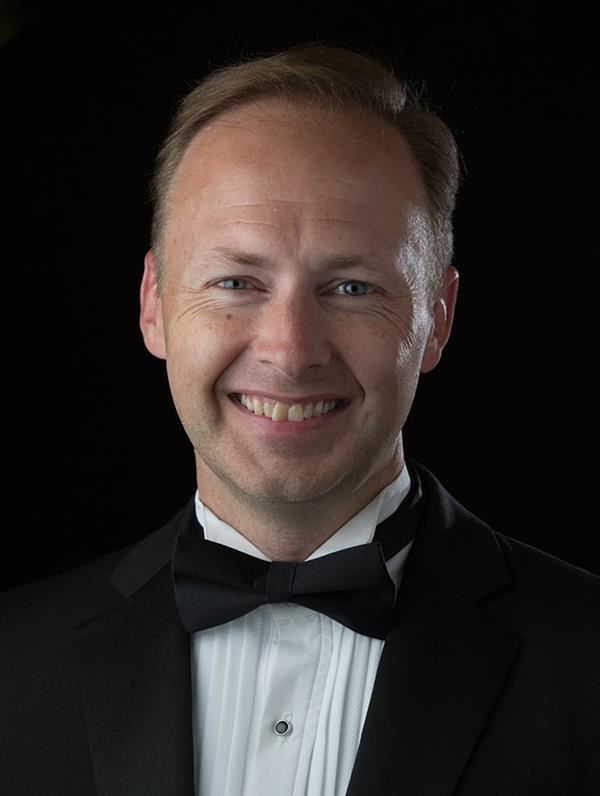 Nathaniel Neugent is excited to join Prosper ISD as the new Associate Director of Bands at Rock Hill High School. His responsibilities at Rock Hill include conducting the Symphonic Band and Concert Winds and assisting Mr. Wilson with the Wind Symphony, Marching Band and all other aspects of the program.

Prior to his appointment at Rock Hill, Mr. Neugent served as the Director of Bands at T.A. Howard Middle School in Mansfield ISD for 13 years. Under his direction, the Howard Honor Band has been a six-time CCC TMEA State Honor Band finalist placing in the top seven each time with their highest placement as First Runner-Up in 2018 and Second Runner-Up in 2020. They have been awarded the Mark of Excellence National Wind Bands Honors nine years. They have had 25 or more students place in both the Mansfield All-District and Region 5 All-Region Band every year with the highest placement being 54 students. Mr. Neugent has continued the long tradition of UIL Sweepstakes Awards with the T.A. Howard Honor and Symphonic Bands earning First Division ratings 12 years in a row. In addition, the T.A. Howard Concert Band is one of just a few Sub Non-Varsity middle school bands statewide to receive multiple Sweepstakes trophies. The Howard Honor Band was also invited to perform at the 2017 Midwest International Clinic. In 2019, the Howard Middle School Band was the only recipient that year of the Sudler Silver Cup presented by the John Philip Sousa Foundation for sustained excellence among middle school band programs.

Prior to T.A. Howard Middle School, Mr. Neugent served as Director of Bands at Creekview High School in Carrollton, TX. While at Creekview, his bands consistently earned superior ratings in UIL competition. The Creekview Wind Symphony was named Grand Champion of Musicfest Orlando, South Coast Music Festival, and Performing Arts Consultants, St. Louis. The Mustang Marching Band advanced to the AAAAA State Marching Contest twice, in both 2002 and 2004. They were also Bands of America Regional and Super-Regional Finalists in Houston, Arlington and San Antonio.

Mr. Neugent began his career in Lewisville ISD as the assistant director at Lakeview Middle School in The Colony, where he benefited from the mentorship of Clay Paul and Dick Clardy. Mr. Neugent is a native Texan, having begun his musical training under Joe Gunn at Harwood Junior High and his father, Tom Neugent at Trinity High School in the HEB school district. He received his bachelor’s degree, cum laude, in music education from the University of North Texas under the guidance of Eugene Corporon, Dennis Fisher, and Royce Lumpkin. As an undergraduate, he also taught trombone lessons and served as a marching tech for the L.D. Bell Band under the mentorship of his then future in-laws Joseph & Catherine Grzybowski.