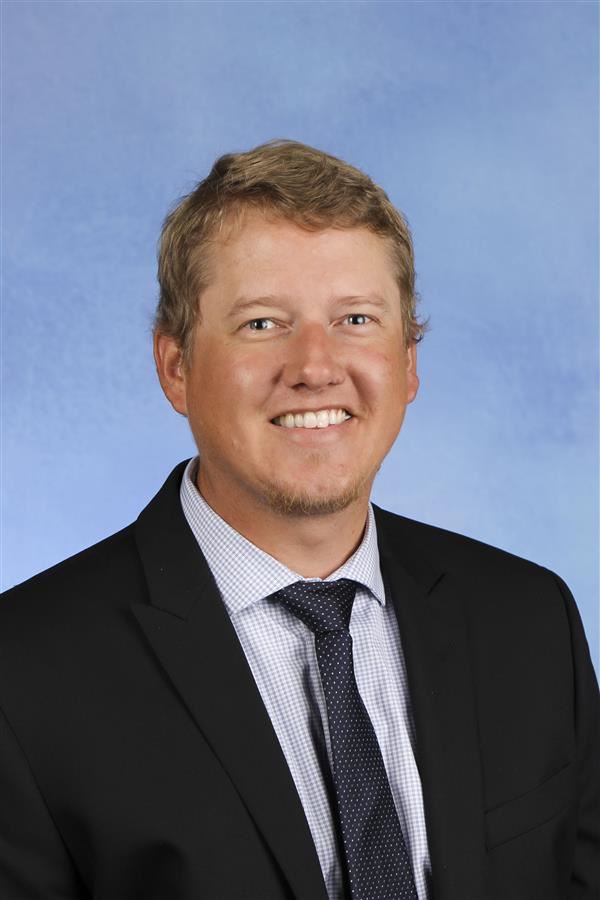 Benjamin Aune will serve the Prosper ISD for his 17th year in music education as the Director of Bands at Hays Middle School in Prosper, TX.  Mr. Aune will conduct the Symphonic Winds Ensemble, assist and oversee all middle school ensembles, and teach beginner brass classes.

Mr. Aune most recently comes from Celina ISD where he was the director of bands for Celina High School.  During his time there, the program grew by over 100% and all ensembles routinely received “Superior” ratings at UIL competitions and festivals. The Bobcat Marching Band was an area qualifier at the UIL level and was a silver medalist at the Bands of America DFW regional.

Before his time in Celina, Mr. Aune was a member of the staff in Prosper ISD.  There, he team-taught a number of different ensembles grades 6-12 as a brass specialist under the guidance of John Alstrin.  During Mr. Aune’s time in Prosper, ensembles routinely were awarded “Superior” contest ratings, named “Most Outstanding” at festivals and contests, and increased in membership by nearly 50%.  The Prosper High School Marching Band qualified for the 5A Region 24 Marching Band Finals for the first time in school history.

From 2012-2014 Mr. Aune was on the campus of Texas Christian University.  As a Master conducting student of Mr. Bobby R. Francis, Mr. Aune assisted with all aspects of the TCU band program as a Graduate Associate to the University Bands. In addition to giving music education lectures to undergraduate students, Mr. Aune rehearsed and conducted the Wind Symphony, Symphonic Band, and the Horned Frog Marching Band.  Mr. Aune was awarded his Master of Music in Wind Conducting in May of 2014.

Prior to his work at TCU, Mr. Aune learned from Christine Cumberledge as the Associate Band Director at Central Junior High School in the Hurst-Euless-Bedford ISD. There his duties included conducting and rehearsing a number of award winning ensembles including two Concert bands, the Jazz band, and instructing the beginning brass and percussion classes. During the 2009-2010 academic year, Mr. Aune was named the District Teacher of the Year for HEB ISD and was nominated as a finalist in Region XI for State Teacher of the Year. Upon completion of his undergraduate degree, Mr. Aune held the same position at Vivian Field Middle School in Carrollton – Farmers Branch ISD studying under Tricia Crowder before moving to HEB.

Mr. Aune received his B.A. in Music Education from Texas Lutheran University in Seguin, Texas. During his studies, he received multiple performance awards as well as the Jones Fine Arts award for outstanding musicianship. His principal instruments are the bass trombone and trombone, which he studied under Chris Branagan. During Mr. Aune’s undergraduate work, he played in a variety of different ensembles including the Symphonic Winds, Jazz Band, and Orchestra under the direction of Keith Dye.  In addition to his studies, he also provided private instrument instruction to a number of band programs in the Seguin area.  Mr. Aune did his student teaching at Reagan High School in San Antonio, TX benefiting from the instruction of Mark and Carol Chambers.

Mr. Aune is an active member of the Texas Music Educators Association and the Pi Kappa Lambda Music Honor Society. In his free time, he enjoys spending time outdoors with his wife of 13 years Lindsey, sons Anders (8), Abraham (4), and daughter Adaline (6).  He is an avid follower of all TCU sports and is a life-long fan of the Minnesota Vikings.